I stood at my open window as the suddenly cold sea breeze whipped Istanbul with chilled air; and it hit me that this would be the last time I would feel fresh cold evening air for a very long time. I inhaled deeply as the air wafted the fresh scent of water followed by the crisp aroma of burning wood through my window. The fog snuggled against the skyscrapers and trapped the light from the streets in a hazy glow. I soaked in the city’s skyline, the air’s sweet perfume and the wind’s cool touch, silently pondering my impending departure from Istanbul and the enduring heat to come with my return to Cairo. And then as if to perfect the moment the voice of an imam echoed from a distant mosque, soon joined by several others, erupting the city in spiritual beckoning. I can’t explain why, but the call to prayer ignites something inside me, shifting the patterns of my breathing as I am overcome with a sense of prophetical fulfillment; as if the sound triggers recognition of destiny in my subconscious.

For those who don’t know, I recently accepted a job in Cairo, working with St. Andrew’s Refugee Services, where I previously interned; and I will be returning to Egypt within the next 10 days. More than anything else I’m excited; excited to end the uncertainty that has overshadowed my past five months, to return to a place that is very much a home to me, and to dive into new and challenging work through which I know I will experience further growth.

Just prior to getting the offer, my dear friend of an older brother nature, a writer wise-beyond-his-years, quoted Henry Miller quoting an old Buddhist saying, and I quote: “If we received what we wanted when we thought we needed it, then life would be devoid of any challenge, meaning or excitement.“ A few days later, I realized later just how applicable these words are to the recent turn of events.

The job I was just offered is one I had applied to at the end of last year. However, I had been on the fence about it at the time as I was excited about the work but was skeptical about staying in Cairo another year or more. At the time I was dying to try something new and find an adventure elsewhere. I was rather relieved when I didn’t get the position and I am incredibly grateful that I have had these three months in Istanbul, away from Cairo, to step out and look back. The separation made me realize how much I love Egypt and how willing I am to live there again.

My time in Istanbul has been so formative in other ways as well. I have had a very rich experience here; starting with no prospects whatsoever and networking into both paid and volunteer vocations. It hasn’t been perfect but I have been enriched by the challenges I have and haven’t overcome, the people I’ve met and the new culture I’ve been fortunate to experience. I have also gotten to spend nearly three months living with a person I consider family; and I now have difficulty picturing day to day life without Lindsey. I cannot yet fathom that in a few weeks she will board a plane that I won’t be boarding, and an ocean instead of five feet of hardwood floor will separate us. In fact, I refuse to think about it and am very much in denial that it will happen.

Every time I leave a place for the foreseeable future to travel or move somewhere new, I listen to the song “Send Me on My Way” by Rusted Roots. The song creates feelings of nostalgia for the adventure that has come to a close, and excitement for the one that is about to begin. Although I’m not going to a new country, I am confident this year or more in Egypt will be very much different than before as I’ll have a full time job, be enrolled in Arabic classes, and will share a downtown apartment closer to work with friends. I’m experiencing a modge podge of emotions, but more than anything am ready to be sent on my way.

Day Time Views From My Apartment (which faces the burbs): 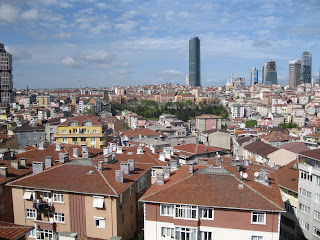 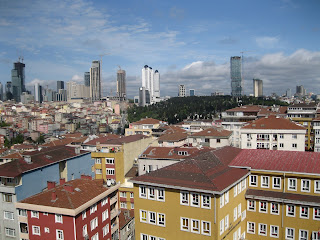 Posted by Caseceso at 8:55 AM No comments:

Caseceso
Passion cannot always be explained. Its a blessing. Passion is not always pursued. Its a shame. This blog chronicles my experiences pursuing the unexplained, sometimes challenging and always beautiful passions that God has given me.